In February 2001, the Ministry of Environment presented National Environmental Action Plan (NEAP) to Environmental Protection Council, chaired by the Chief Executive of the Pakistan in which one of the core area of NEAP was identified as Clean Drinking Water. The World Summit on Sustainable Development was held in Johannesburg in 2002, which set its plan of action in line with the Millennium Development Goals:

Clean Drinking Water Program was initiated by the Ministry of Environment (Pak EPA) in 2004. 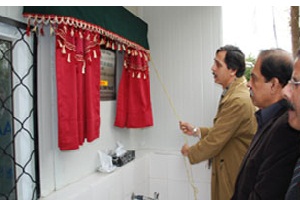 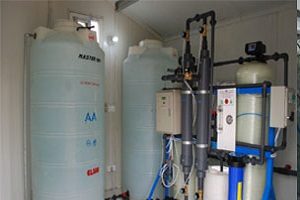 prone to water borne diseases and cannot afford buying expensive bottled water.On the directive of the Honorable President and the Prime Minister of Islamic Republic of Pakistan, the Ministry of Environment, Government of Pakistan, prepared an umbrella project named “Clean Drinking Water or All” for installation of about 6,626 water filtration plants of 500 / 1000 gallons/ hour capacities,  one in each union council of the country.

This project has been approved by the ECNEC and also included AJK in the scope, whereby almost 80% of drinking water sources were found bacteriologically contaminated. Hence provision of safe and clean drinking water to AJK communities is very much essential. Salient features of this project are: